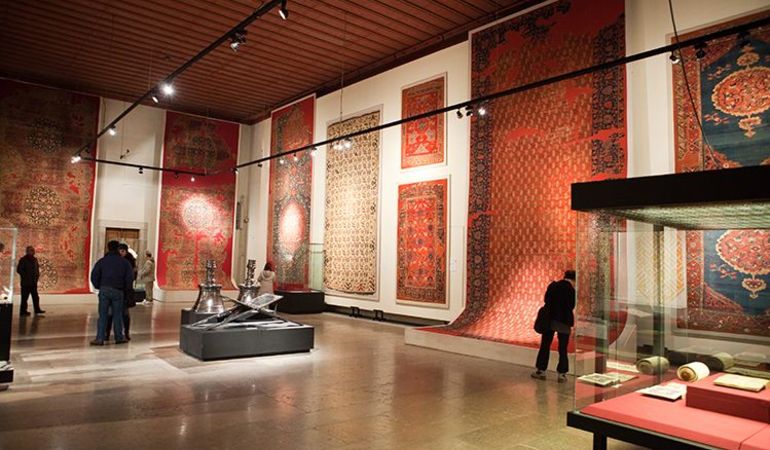 The Museum of Turkish and Islamic Arts (Türk ve Islam Eserleri Müzesi) provides a fascinating insight into the complexity and depth of these traditional arts. It is housed in a building that was once home to the Pargalı Ibrahim Pasha, the 16th century Grand Vizier of Süleyman the Magnificent. Known locally as the İbrahim Paşa Sarayı (Ibrahim Pasha Palace) it is a stately building made up of cool darkened rooms, set around a central garden courtyard. It mostly survived the fires that destroyed many of city’s other Ottoman residences, though parts of it were rebuilt in stone. 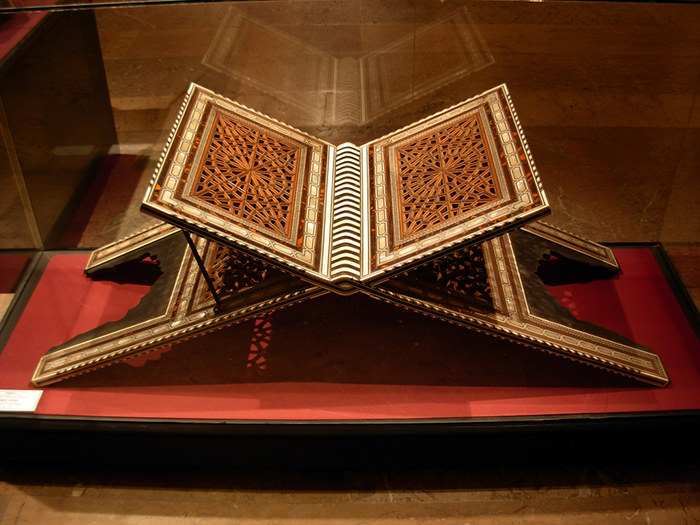 What shouldn’t be missed at the Museum of Turkish and Islamic Arts?

Make sure to see one of the hand-woven Uşak Anatolian carpets, located in the carpet section of the museum – one of the finest carpet collections in the world.

The exhibits from the Selçuk era demonstrate a high level of skill, and include wall tiles and woodcarvings which seem to have influenced Ottoman style.

There’s a fascinating collection of Yörük (Turkish nomad) folk art that includes tents used by the nomads – located on the basement floor.

There is a magnificent door rescued from the Great Mosque in Cizre (in the south-east Turkey), which dates back to 1155. 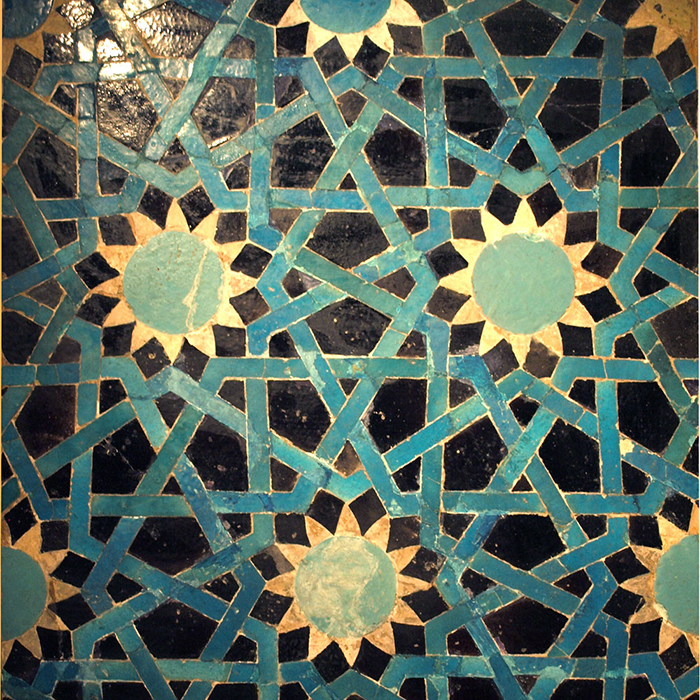 What is the Turkish and Islamic Arts Museum price?

The Turkish and Islamic Arts entrance fee is 60 Turkish Lira per person. The museum is open everyday.

How can I get to the Turkish and Islamic Arts Museum?

The museum is located close to other important Istanbul sights, such as the Blue Mosque, Hagia Sophia, Arasta Bazaar, and Basilica Cistern. The closest tram station is Sultanahmet.

Have you checked Jewish Museum?

Immerse into the glorious legacy of the Ottoman Empire, ruling over Eurasia for seven hundred years. See monumental landmarks and trace cultural heritage.
$ 145 BOOK NOW
Turkish and Islamic Arts Museum consists of unique examples of Islamic Calligraphy, Turkish tiles, and rugs dating back to a wide range period of time. It is located in the Sultanahmet district of Istanbul. https://istanbultourstudio.com/tours/turkish-and-islamic-arts-museum