During the Roman period, the island was used as a customs control point and a lighthouse. 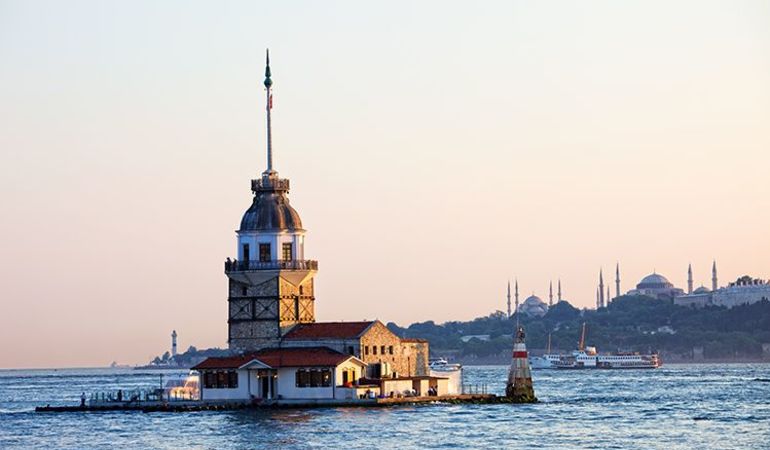 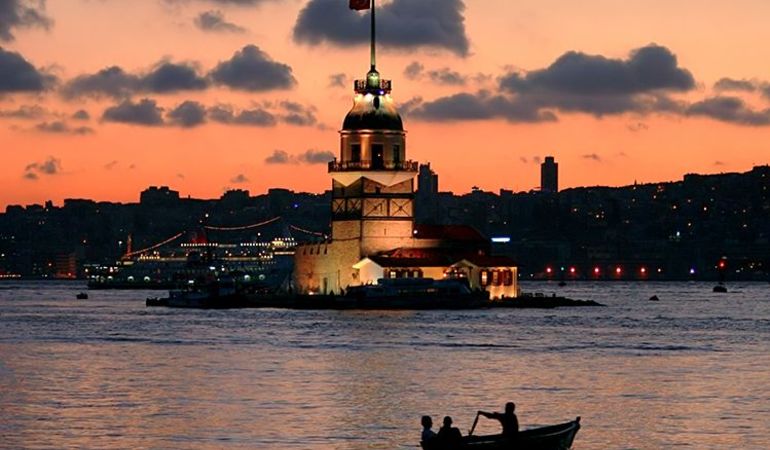 One of the most iconic images of Istanbul surely has to be the Kız Kulesi Üsküdar, known in English as Maiden’s Tower, Tower of Leandros, Leander’s Tower or Bosphorus Tower. It is found on a small natural islet in the Bosphorus, just off the shore of Asian Istanbul.

What is the history of Maiden’s Tower Istanbul?

The first tower here was built by an Athenian commander during the 5th century as a way of controlling ships passing the Bosphorus, and collecting taxes, a function that continued into Byzantine times, when a chain was stretched from it to the historic peninsula. In Ottoman times, it started to be used as a lighthouse. 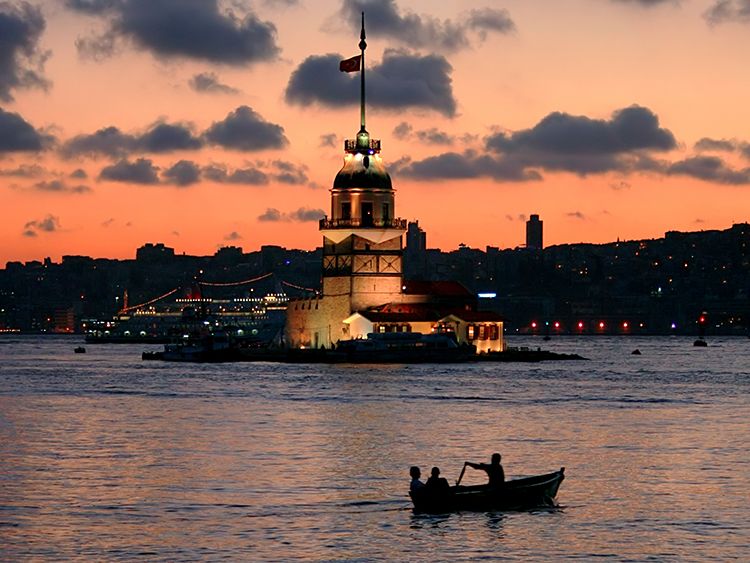 There are several myths and legends associated with the tower. The Leander’s Tower legend or The Lovers of Maiden’s Tower tells of two starcrossed lover; a priestess of Aphrodite named Hero, and a young man named Leander. They fell in love and each night, Leander would swim from the mainland to the island to see Hero, who would light a fire in the top of the tower to guide his way. One treacherous night, the wind blew out her light, so Leander lost his way and drowned. When his body washed to the tower, Hero decided she couldn’t be apart, and took her own life to be with him.

Another myth tells of a Byzantine Princess, whom an oracle had foretold would be bitten by a serpent and die before she turned 18. Terrified, the Emperor (her doting father) sent her to the tower to protect her until she turned 18. Celebrating this birthday, her father visited her bearing a basket of fruit, but unbeknownst to him, a serpent lay concealed within and bit her, causing the tragic prophecy to come true. 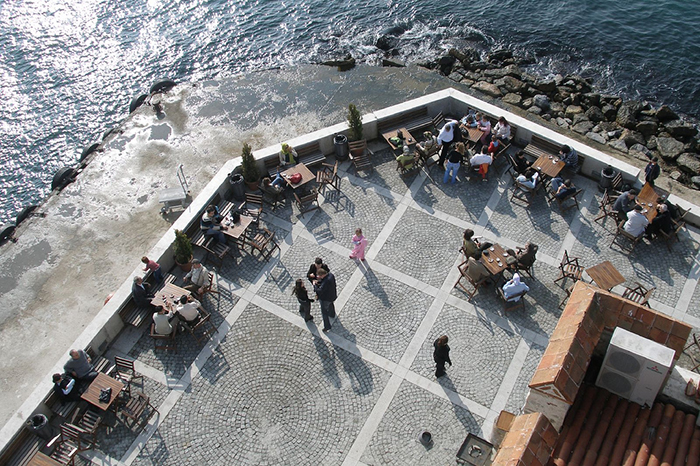 Not only do Maiden’s Tower photos make it into every Istanbul marketing campaign, but the mystical setting means that it has also featured in other modern tales – first as an important location in the 1999 James Bond film, The World Is Not Enough, and later in the video game, Assasin’s Creed: Revelations. In the latter, the Assasin, Niccolo Polo, builds an intricate structure beneath the tower to conceal a Masyaf key.

An upmarket restaurant on the islet, serves up traditional Turkish and international foods. The Kız Kulesi restaurant prices aren’t cheap, but you’re paying for the special location and view. There is also a museum that’s free to enter. 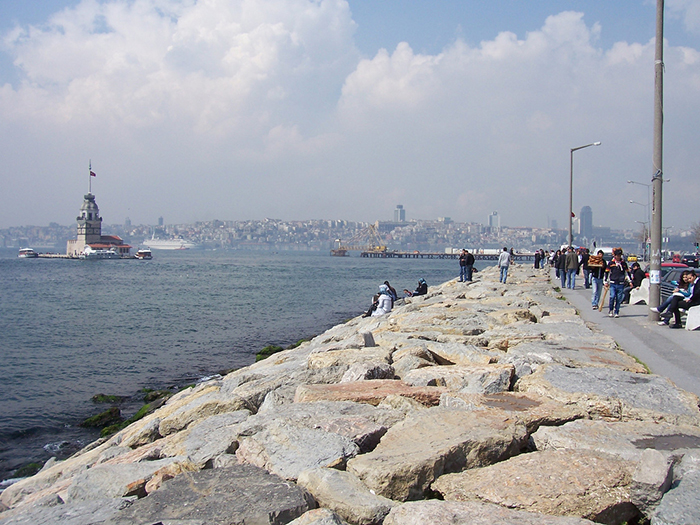 How can I arrive on the island?

It’s possible to take a boat from either from Kabataş or Salacak (on the road between Uskudar and Harem). It takes 10 minutes from Kabataş and less than a minute from Üsküdar. Make sure to check the time schedule of the boat service in advance.

Have you checked Beylerbeyi Palace?

Make sure to visit the tower late in the afternoon since the best sunset view of Istanbul is available from this angle.
DISTRICT
Uskudar
VISITING HOURS
Open every day 09:00 - 19:00
ENTRANCE FEE
30 TL
Official WEBSITE
Leander's Tower
Leander's Tower ON ISTANBUL MAP
Share this page
RECOMMENDED TOURS

Lined with extravagant palaces, mansions, and ancient gardens, the Bosphorus is one of the most beautiful places in the world; a boat cruise is the best way to enjoy it.
$ 500 BOOK NOW
One of the most iconic images of Istanbul surely has to be the Kız Kulesi Üsküdar, known in English as Maiden’s Tower, Tower of Leandros, Leander’s Tower, or Bosphorus Tower. https://istanbultourstudio.com/tours/leanders-tower