“Come, come, whoever you are" Mevlana Celaleddin Rumi 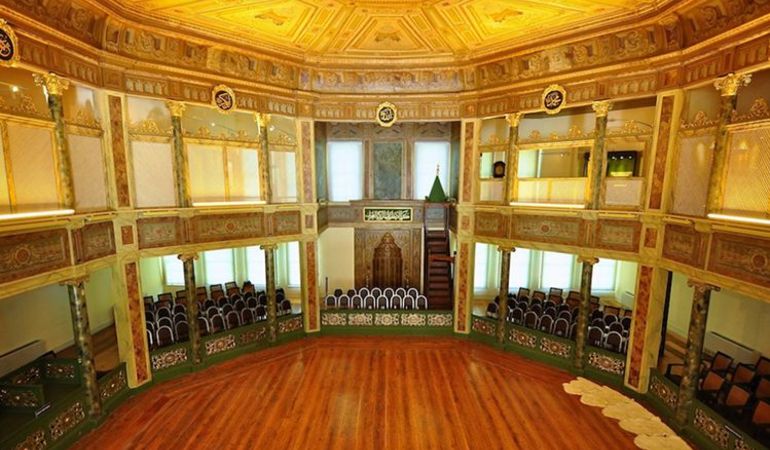 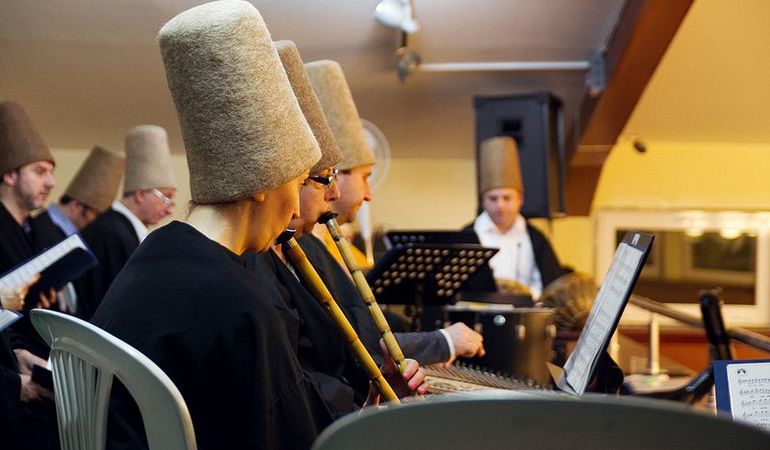 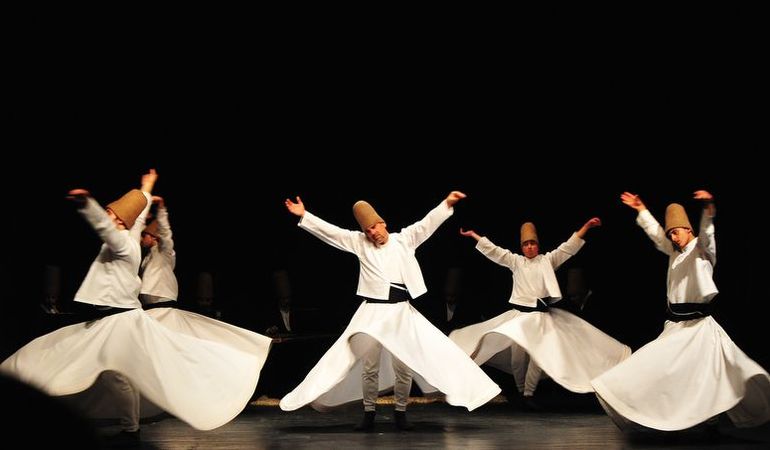 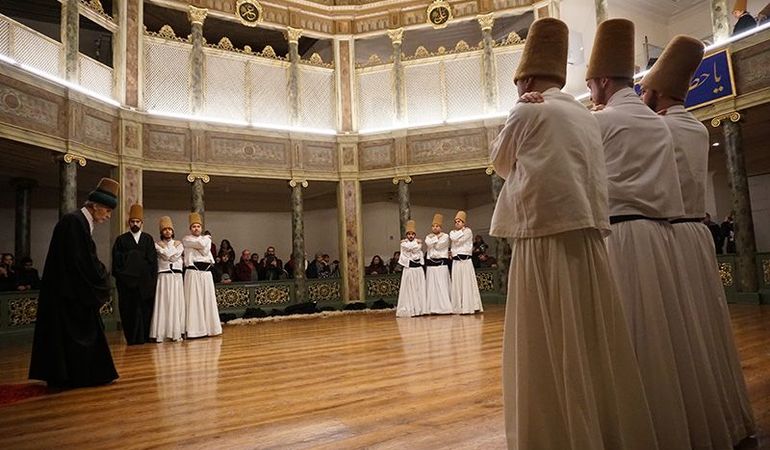 Aside from the distinctive skyline of minarets and domes, the fairy chimney landscape of Cappadocia, and the gigantic carved statues of Mount Nemrut, there can be few less symbolic images of Turkey than that of the tall hatted Whirling Dervishes, of the Mevlevi (or Mawlawi) order. This mystic branch of Sufism was founded in 1273, by the followers of Mevlana Celaleddin-i Rumi, a Muslim saint, and Anatolian mystic. 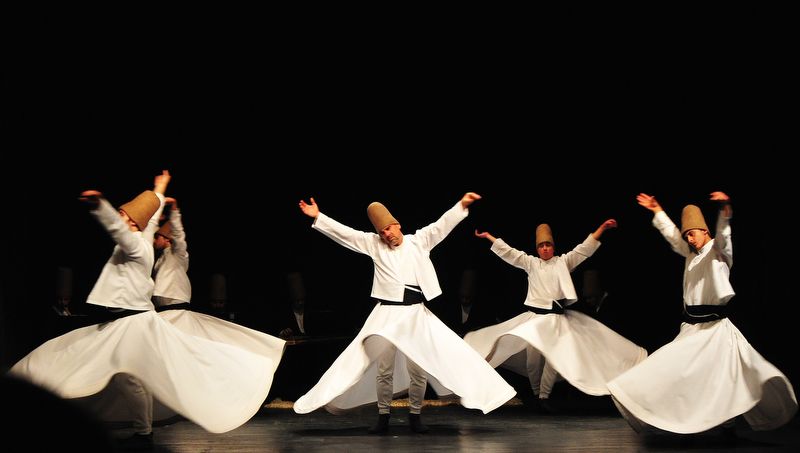 Known as Mevlana, he preached love, tolerance, and charity, believing it possible to get closer to God through meditation, music, and dance.  This is what gave rise to the same dances – the whirling long-coated dervishes – which are a truly impressive spectacle.

“Come, come, whoever you are,
Wanderer, worshipper, lover of leaving,
Ours is not a caravan of despair.
Even if you have broken your vows a thousand times
It doesn’t matter
Come, come yet again, come”
Mevlana Celaleddin Rumi

The Galata Mevlevi Lodge (or Galata Mevlevihanesi) was built in 1491 and was the first Mawlawi house in Istanbul. It ceased to function as a dervish tekke (lodge) in 1925 and opened as a museum in 1975 (after a brief spell as a school). It underwent a major refurbishment between 2005 and 2009 and now serves as a museum about the Mevlevi Sufi Islam sect. This Galata museum is a low-key affair but offers an insight into a Turkey you won’t find elsewhere with information on the culture, music, and traditions of the Mawlawi, and so is worth including on any Galata tour. 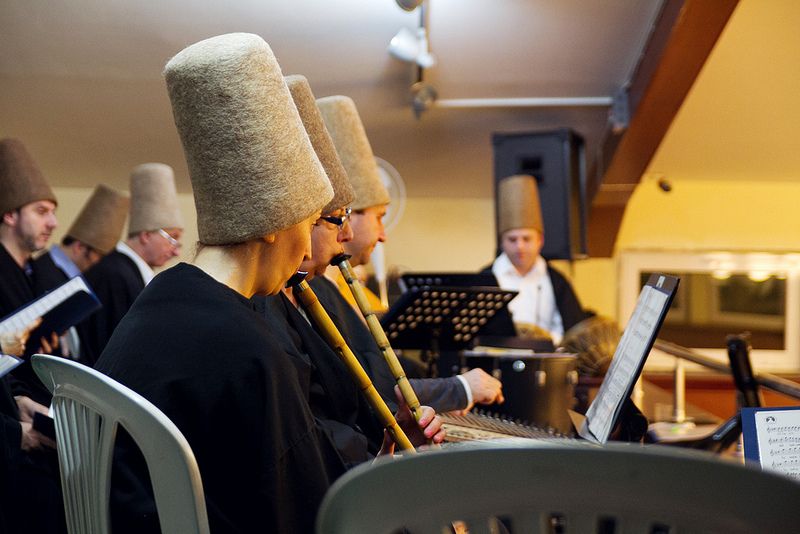 Where can I watch a Whirling Dervish ceremony in Istanbul?

Aside from designated cultural centers, this is one of the only places in Istanbul to watch the dervishes. On the first floor of the lodge is a semahane, which features gilded woodwork and a painted ceiling. The dervishes ‘whirl’ there as a form of dikhr (devotional act), and it represents a spiritual journey as they turn towards the truth of God, combining the three fundamental components of human nature: heart, mind, emotion, and body. It dates back seven centuries and is cloaked in tradition, making it mesmerizing to watch. Alternatively, you can pay a visit to a Sufi coffee house located in Balat on our Fener, Balat, and Golden Horn tour.

How can I find the Galata Mevlevi House?

The Galata Lodge is located on Galipdede Caddesi (aka ‘Music Street) that runs from Tünel at the bottom end of Istiklal Caddesi to the Karaköy tram stop and Galata Bridge. The peaceful cemetery and courtyard offer a welcome reprieve from the buzzing shopping streets nearby. 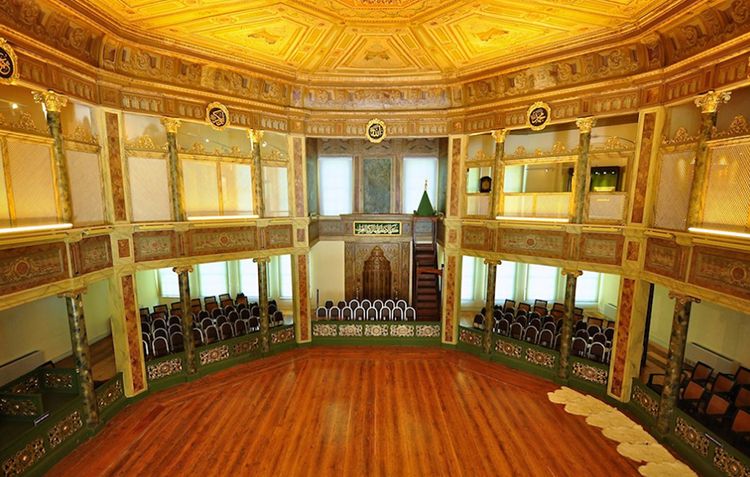 The Galata Lodge is located on Galipdede Caddesi (aka ‘Music Street)

What are the opening hours for the Galata Mawlawi Lodge?

The Galata Mevlevi House Museum museum is open every day except Monday from 9:00 am–6:30 pm, and entry is 25 TL.

Have you checked Crimean Memorial Church in Galata?

Known as Mevlana, he preached love, tolerance, and charity, believing it possible to get closer to God through meditation, music, and dance.

Visit the most fascinating and spectacular sights of the old city in this specially curated tour. This is the ultimate experience for first time visitors.
$ 125 BOOK NOW
Galata Mevlevi House is the first Mawlawi House, a temple for Islamic Sufi believers, built-in Istanbul in 1491. Mawlawi sect of Islam-Sufism- can be defined as the mystical dimension or level of Islam. https://istanbultourstudio.com/tours/galata-mevlevi-house