Galata Greek School (Σχολή Γαλατά) was built at the end of the 19th century as a primary school. However, since 2012 it has been a crucial venue for tens of contemporary art exhibitions. 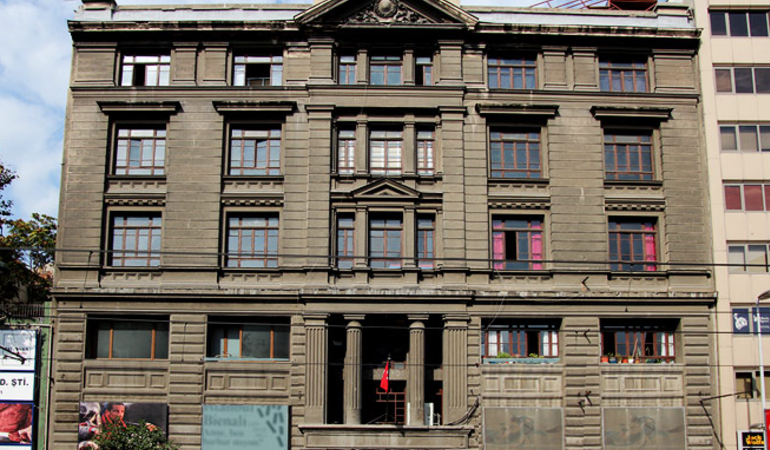 Galata Greek Primary School was built at the end of the nineteenth century on the eastern slope of Galata Hill. The building is a successful fusion of Neo-Classical and Baroque architectural styles with a typical Neo-Classical façade. The façade of the building was cleaned and restored just before the opening of the 15th Istanbul Biennial taking place between 16 September and 12 November 2017. Moreover, Galata Greek Primary School is one of the six venues of the 15th Istanbul Biennial.

Aforementioned, the school stopped functioning in 1980s due to the demographic and political changes in Turkey. As a result of this, Galata Greek Primary School left abandoned between 1988 and 2012. In 2012, it hosted the 1st Istanbul Design Biennial called "Adhocracy" and since then former Greek Primary School hosted tens of contemporary art exhibitions, biennials, workshops, and art performances including the 14th Istanbul Biennial, the 1st Istanbul Coffee Festival, Turkish History Foundation's History Talks, and many others. Experiencing the art and culture in such a unique venue should be one of the must-do's of Istanbul

How to get to the Galata Greek Primary School

Galata Greek Primary School is located in Karaköy and the easiest way to get there is to take the tram to Karaköy, it is only three-minutes walking distance from Karaköy Tram Station to the north.

Galata Greek Primary School is situated in Karaköy, outside the historical peninsula of Istanbul and there are a number of sights including Galata Tower, Kılıc Ali Pasa Mosque, Istanbul Modern Art Museum, and Arab Mosque.

The Rise of the Byzantium

Experience the grandeur and exoticism of the Byzantine Empire and unleash the secrets of its millennium-long history in this full-day guided tour.
$ 120 BOOK NOW
https://istanbultourstudio.com/tours/galata-greek-school