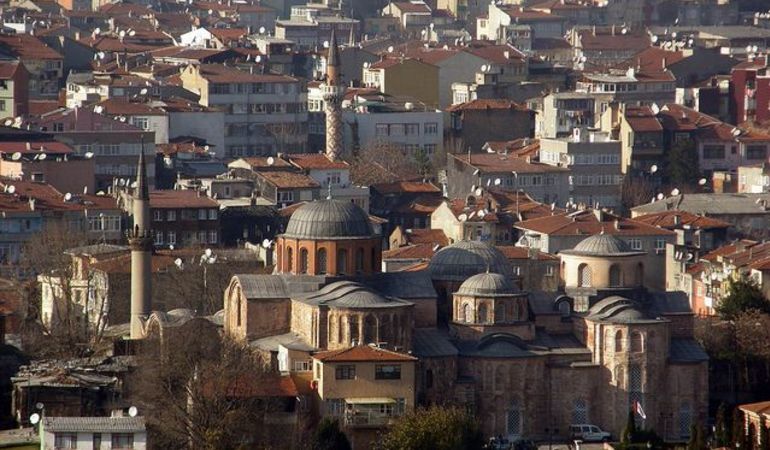 Situated in Unkapanı, Zeyrek Mosque (Zeyrek Camii) - functioning as a mosque - was a Byzantine monastery with a name of Pantokrator Monastery dedicated to the Christ. Similar to most of the Byzantine churches in the city, it was converted into a mosque after the conquest of Constantinople by the Ottomans in 1453. Pantokrator, meaning “almighty”, was the largest church in Constantinople after Hagia Sophia.

Shortly after the conquest of Constantinople in 1453, the monastic complex was converted into a mosque complex (külliye) consisting of a mosque and madrasa (Islamic high school). The Ottomans named it after Molla Zeyrek, the first scholar of the madrasa. However, after the construction of the Fatih Mosque Complex (Fatih Külliyesi) in 1471 with a much bigger mosque and madrasa, the teachers, students, and community abandoned the Zeyrek Mosque Complex. Therefore, the structure was abandoned for centuries. Until a few years ago, the structure was not in good conditions, subsequently in 2004 it was added to the UNESCO watch-list of endangered monuments. During the recent years it underwent extensive (albeit still unfinished) restoration and in much better conditions compared to ten years ago.

How to get to the Zeyrek Mosque (Pantokrator Monastery)

The easiest way to get the Zeyrek Mosque (Zeyrek Camii in Turkish) is to get off at Unkapanı Bus Station and going down the hill across İMÇ (İstanbul Manifaturacılar Çarşısı - Istanbul Fabric Bazaar).

Note: The image above belongs to Flicker user Bora Arasan.