No visit to Istanbul is complete without stopping by the atmospheric Spice Bazaar. 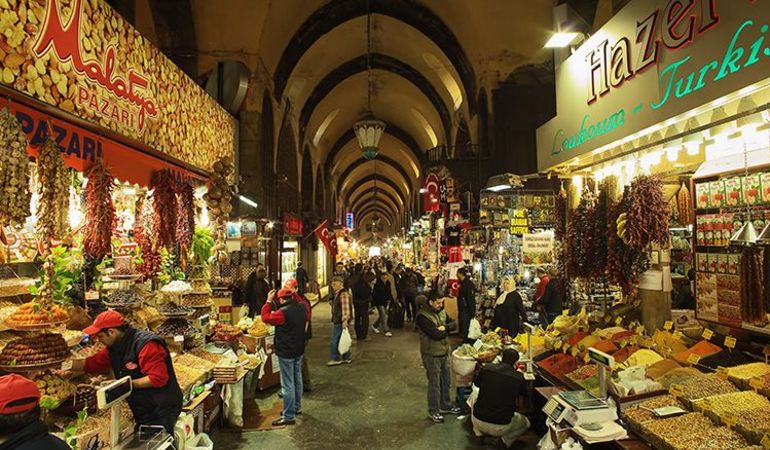 No visit to Istanbul is complete without stopping by the atmospheric Spice Bazaar. While the Grand Bazaar may be the largest and most famous of Istanbul's covered bazaars, this spice market wins the prize for being the most colorful, fragrant, and often the most fun – as visitors can taste the goods on offer.

Built in 1664, as part of the Yeni Camii (New Mosque) complex, it is known in Turkish as Mısır Çarşısı, and sometimes translated to "Egyptian Bazaar" or "Corn Market" (mısır means both Egypt and corn in Turkish). 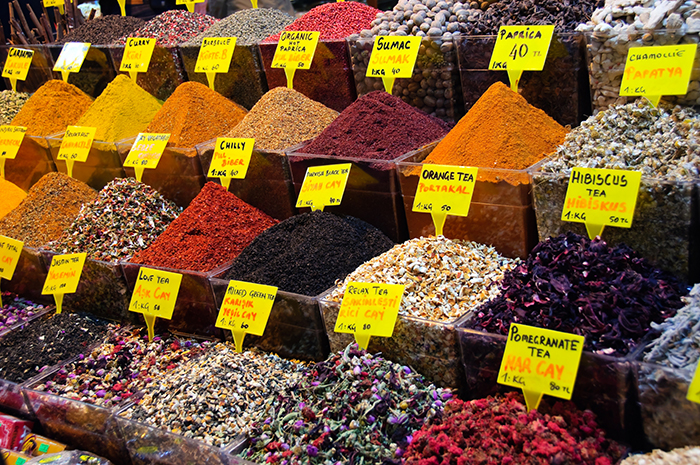 Which spices should I look out for?

Just about every spice you can imagine is on offer, heaped into vibrant domes.  However, rather than go home with the familiar, it's better to look out for these typically Turkish spices and products, so you can continue to enjoy your favorite Turkish tastes on your return:

This maroon/burgundy-colored spice is made from the berries of the wild Rhus Coriaria bush. It has a citric tartness that comes from the malic acid inside.  Use it in salad dressings instead of lemon, or stir it into freshly steamed vegetables with a little olive oil. 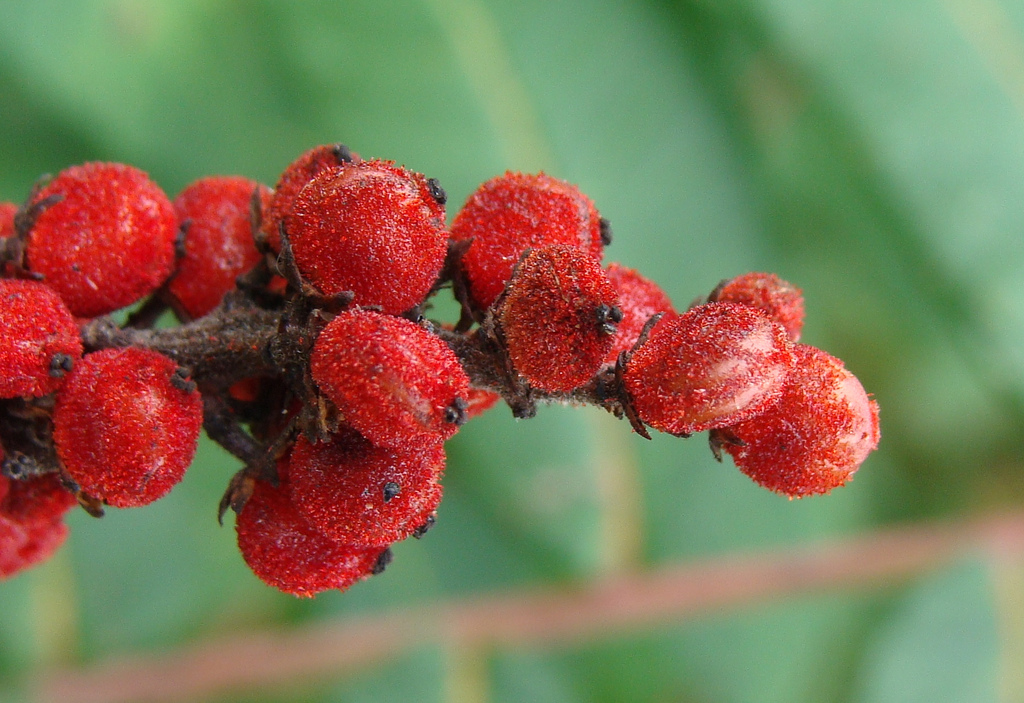 Sumac spice is made from wild Rhus Coriaria bush

These dried red pepper flakes are a mainstay of Turkish dishes, and you'll find it beside the salt in most Turkish restaurants. It comes in varying degrees of spiciness so it's best to taste before you buy and look out for isot biber – a smoky variety from Sanliurfa. Sprinkle it into stews, or over grilled meat. 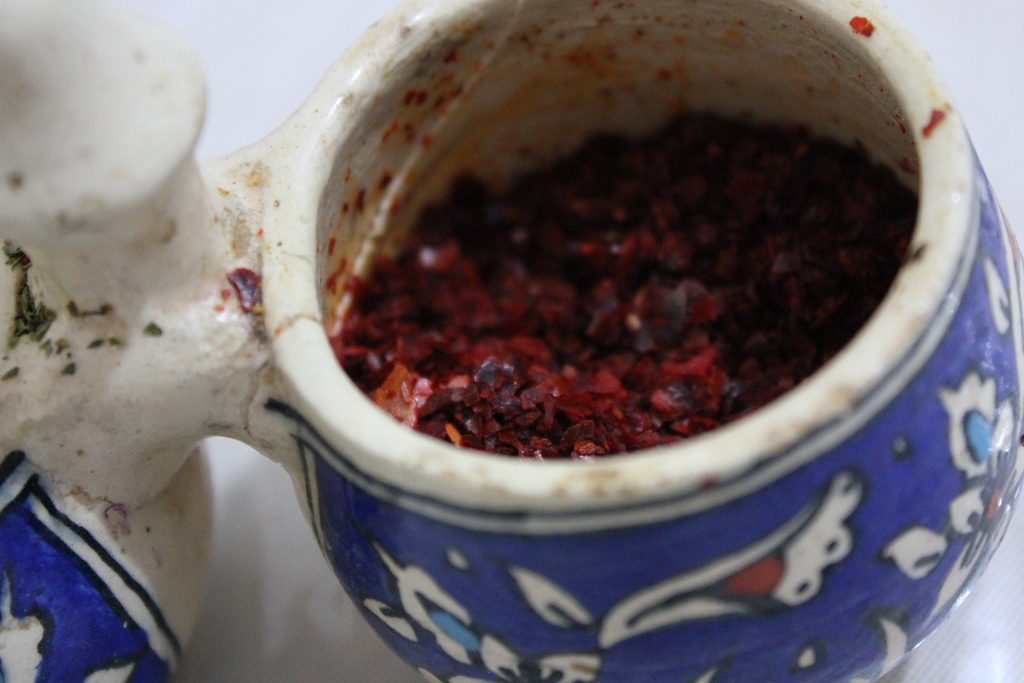 Made from a pomegranate reduction, this thick, viscous syrup is another Turkish kitchen essential. Use in the place of Balsamic vinegar to sharpen up a salad, or to create a marinade or glaze for salmon or poultry. 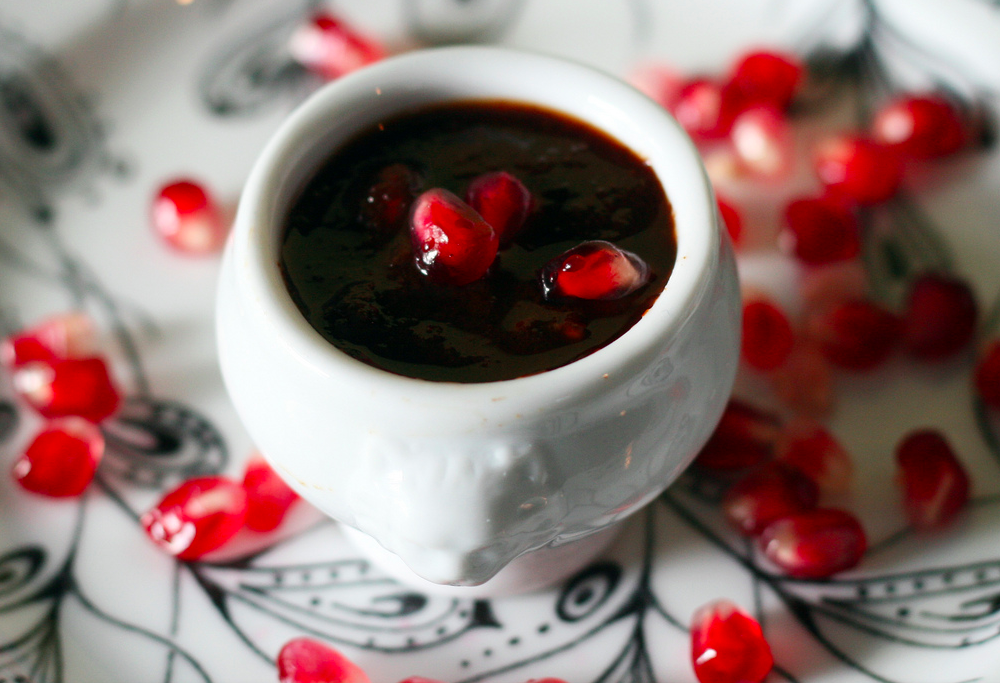 Known in English as Nigella seeds (or sometimes as black cumin), the name literally translates to "bun's herb." If you're following Turkish recipes, try sprinkling it onto breads, cakes, or savory pastries, just before baking. 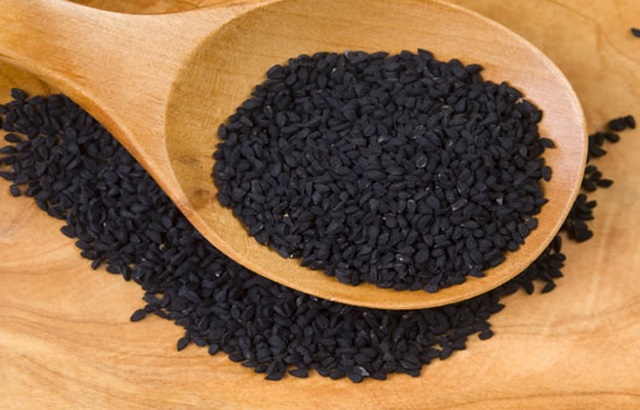 It may look the part, but "Turkish saffron:" it isn’t actually saffron at all, but dried safflower, which has little color or flavor. For the real deal, look out for the fine strands of Iranian Saffron, but expect to pay much more.

What else can I buy at the Spice Bazaar Turkey?

Aside, from the spices, there are rosebud, jasmine, and fruit teas; >Turkish delight in every color and flavor; herbal remedies; dried fruits such as apricots, figs, dates, and even strawberries and kiwis; honey and nut soaked baklava; olive oil soaps; Turkish coffee; and much more besides. 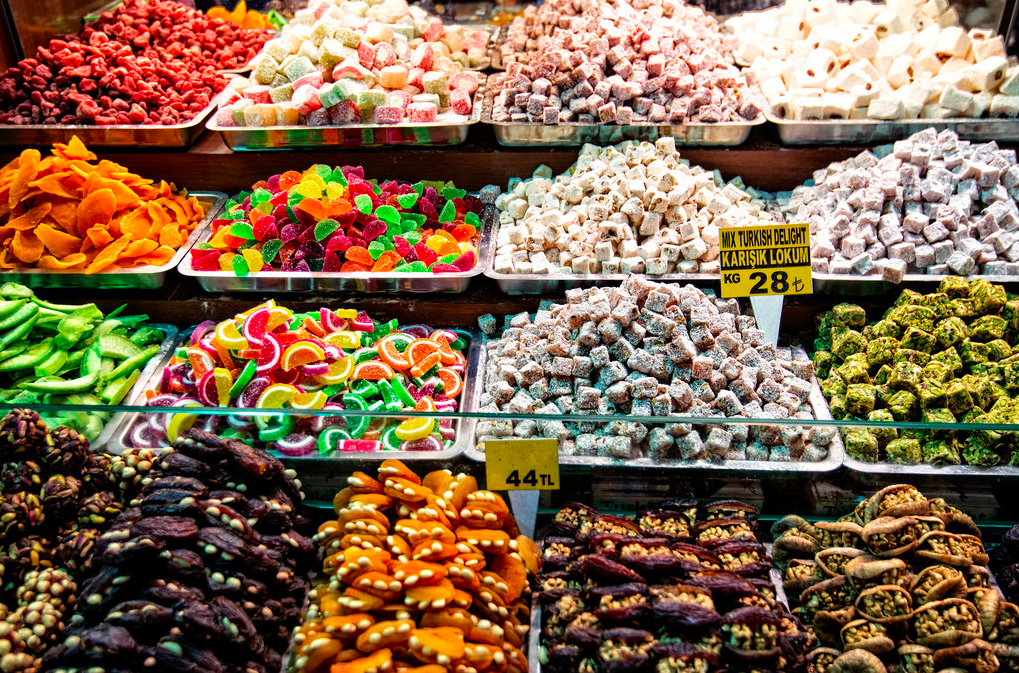 Turkish delights, dried fruits, and much more at the historical Spice Bazaar

How much should I pay?

Some prices are marked but a little haggling is expected as prices can be higher here than in spice shops around the city. Some of the bazaar's most reputable outlets to look out for include: Ucuzcular, Malatya Pazarı, Ayfer Kaur, Arifoğlu, and Urfa Pazarı.

How can I get to the Spice Bazaar?

Take the tram to Eminönü, then walk across the square with the New Mosque on your left, and head down the narrow street of cheese, dried meat, and nut vendors, before turning left into the bazaar. Alternatively, you can book our Magnificent Ottomans Tour to visit and discover the unknown Spice Bazaar.

What are its opening hours?

The Spice Bazaar hours are 9 am – 7 pm every day, apart from religious and public holidays.

Have you checked Grand Bazaar?

Immerse into the glorious legacy of the Ottoman Empire, ruling over Eurasia for seven hundred years. See monumental landmarks and trace cultural heritage.
$ 125 BOOK NOW
Spice Bazaar, built in 1664, is one of the most colorful bazaars of Istanbul that offers numberless spices, Turkish delights, caviar, dried nuts, and more. https://istanbultourstudio.com/tours/spice-bazaar