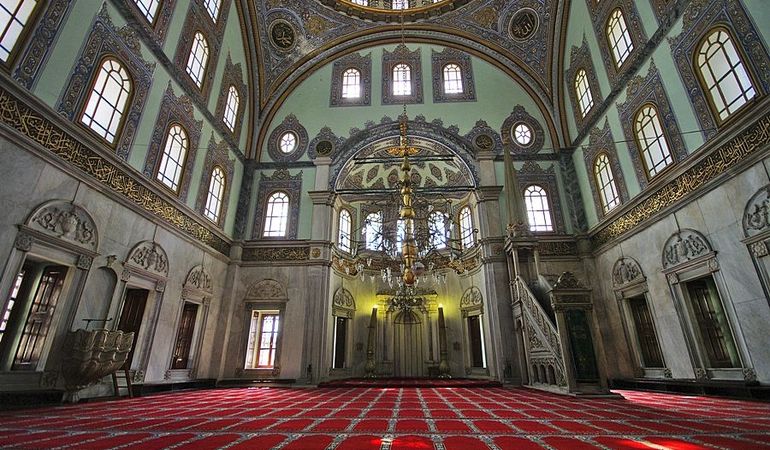 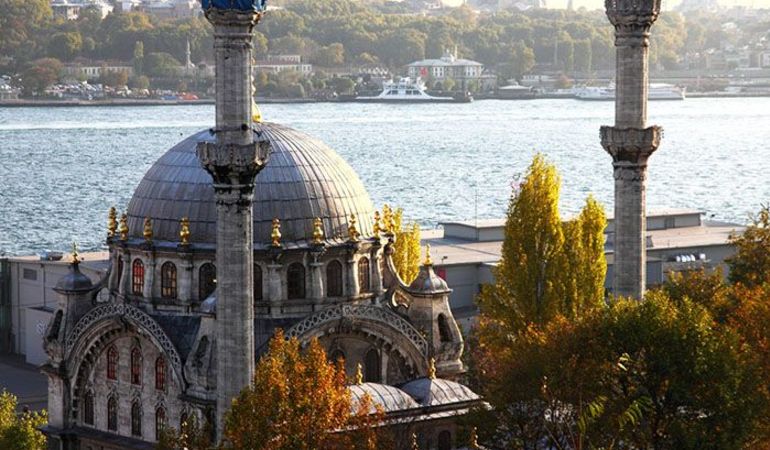 Located on the shore of Bosphorus in Tophane, the Nusretiye Mosque (Nusretiye Camii in Turkish) -also called Tophane Mosque- has to have one of the most ornamented and decorated among all of the Istanbul mosques. Indeed, built in 1826 the Nusretiye Mosque is a very good example of the combination of Baroque and Empire architectural styles.

Nusretiye Mosque was built over a  late eighteenth-century mosque that burnt down in 1823 due to the Firuzağa Fire, the Mosque of the Artillery Barracks (Tophane-i Amire Arabacılar Kışlası Camii). Nusretiye Mosque was commissioned by Ottoman sultan Mahmut II right after the Firuzağa Fire in 1823 and was finished in 1826. The mosque was built by Armenian descent architect Krikor Balyan, who also built Beylerbeyi Palace, Aynalıkavak Palace, and many other structures in Istanbul in the first half of the nineteenth century.

The mosque is a successful fusion of Baroque and Empire architectural styles with an ornate exterior and large windows welcoming light into its plainer interior. The main chamber of the mosque is relatively big and square-shaped, each edge is 15 meters in length. The mosque has two other additional structures that were built later: a muvakkithane (time keeping house) and a public fountain in its courtyard. Due to its location and unique architecture the Nusretiye Mosque is definitely worth seeing.

Amazing facts about the Nusretiye Mosque

How to get to the Nusretiye Mosque

Nusretiye Mosque is located in Tophane and the easiest way is to take the tram to Tophane, the mosque is only two-minutes walking distance from Tophane Tram Station to east.

Opening hours of the Nusretiye Mosque

The mosque is open from 9am-6pm every day, but closed at prayer times. There is no ticket price of the mosque, but donations are welcome.

Immerse into the glorious legacy of the Ottoman Empire, ruling over Eurasia for seven hundred years. See monumental landmarks and trace cultural heritage.
$ 125 BOOK NOW
Located on the shore of Bosphorus in Tophane, the Nusretiye Mosque (Nusretiye Camii in Turkish) -also called Tophane Mosque- has to have one of the most ornamented and decorated among all of the Istanbul mosques. https://istanbultourstudio.com/tours/nusretiye-mosque