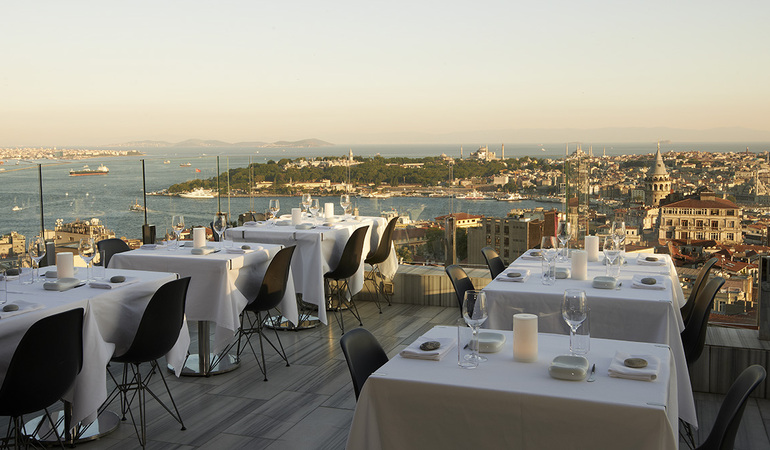 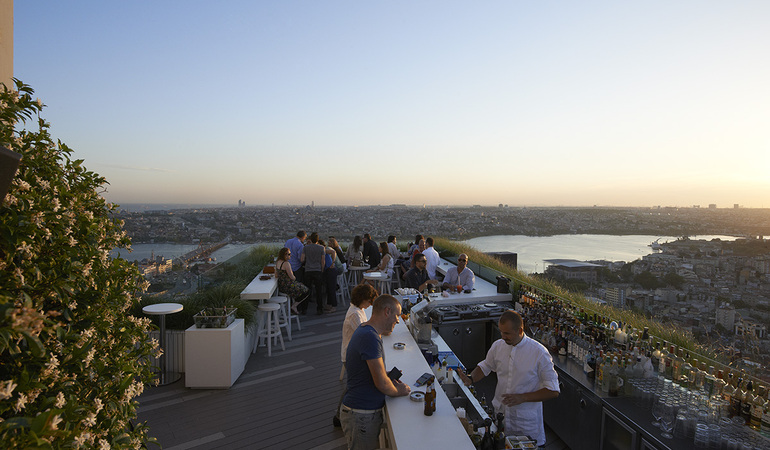 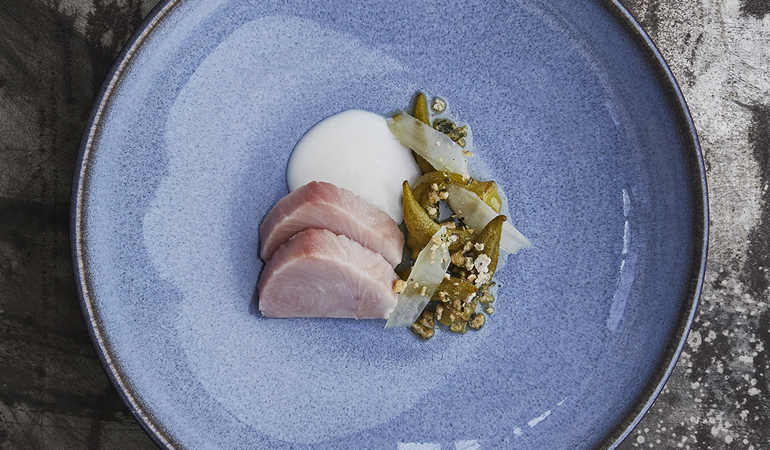 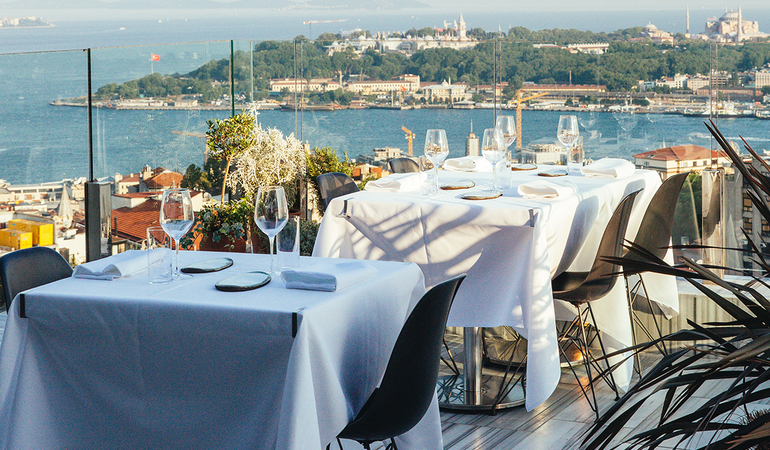 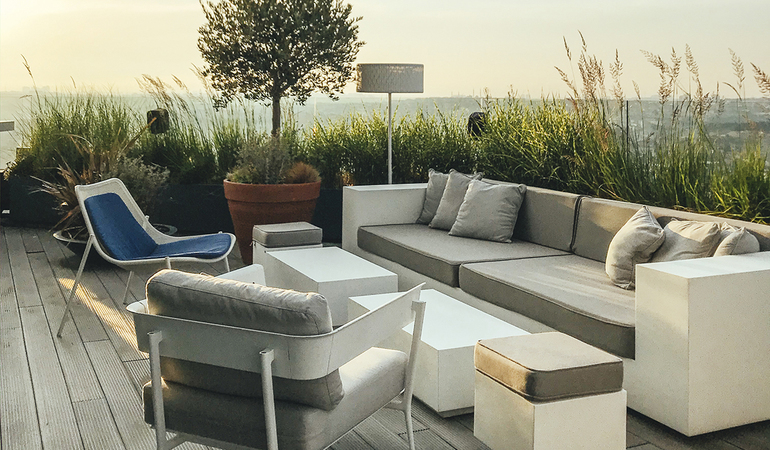 Away from the commotion of Beyoğlu’s beloved backstreets, with a stunning view atop the Marmara Pera Hotel, Mikla extracts the extraordinary from the ordinary through fine dining. Securing a spot on The World’s 50 Best Restaurants list for years, chef-owner Mehmet Gürs is heralding what he and like-minded chefs have dubbed the #NewAnatolianKitchen. For too long (most of the last two centuries), it was common practice for Turkish fine dining to look elsewhere (usually to France and Italy) for sophistication, good food and wine. Gürs has taken a different, more introverted approach celebrating the near-forgotten and rejected culinary traditions of Anatolia since Mikla opened its doors in 2012. Mikla is the ultimate dining experience in Istanbul. Contemporary Turkish food with fresh and local ingredients accompanied by local Turkish wine. Simple, elegant, and steeped in Anatolia. 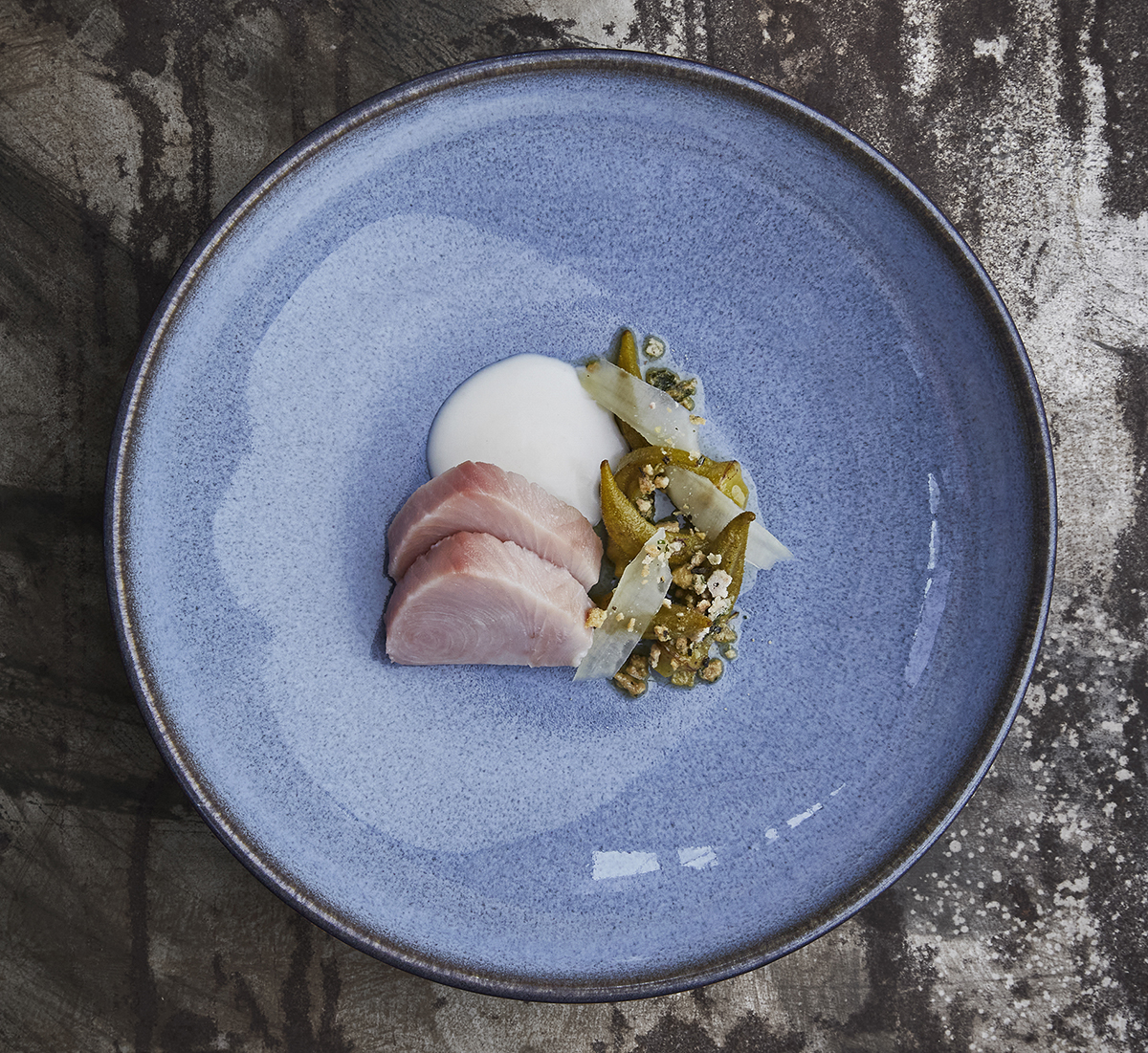 What is the New Anatolian Kitchen?

Being the flagship of the New Anatolian Kitchen, Mikla has its own “research lab” with a full-time food anthropologist at the helm. Chef Mehmet Gürs and the anthropologist Tangör Tan both travel from village to village researching the edible cultural landscape and discovering the great variety of products Turkey could offer. They look at the traditional habits, learn from locals, and recreate forgotten recipes with a fresh perspective. The result is an imaginative menu where every dish has a story behind it. 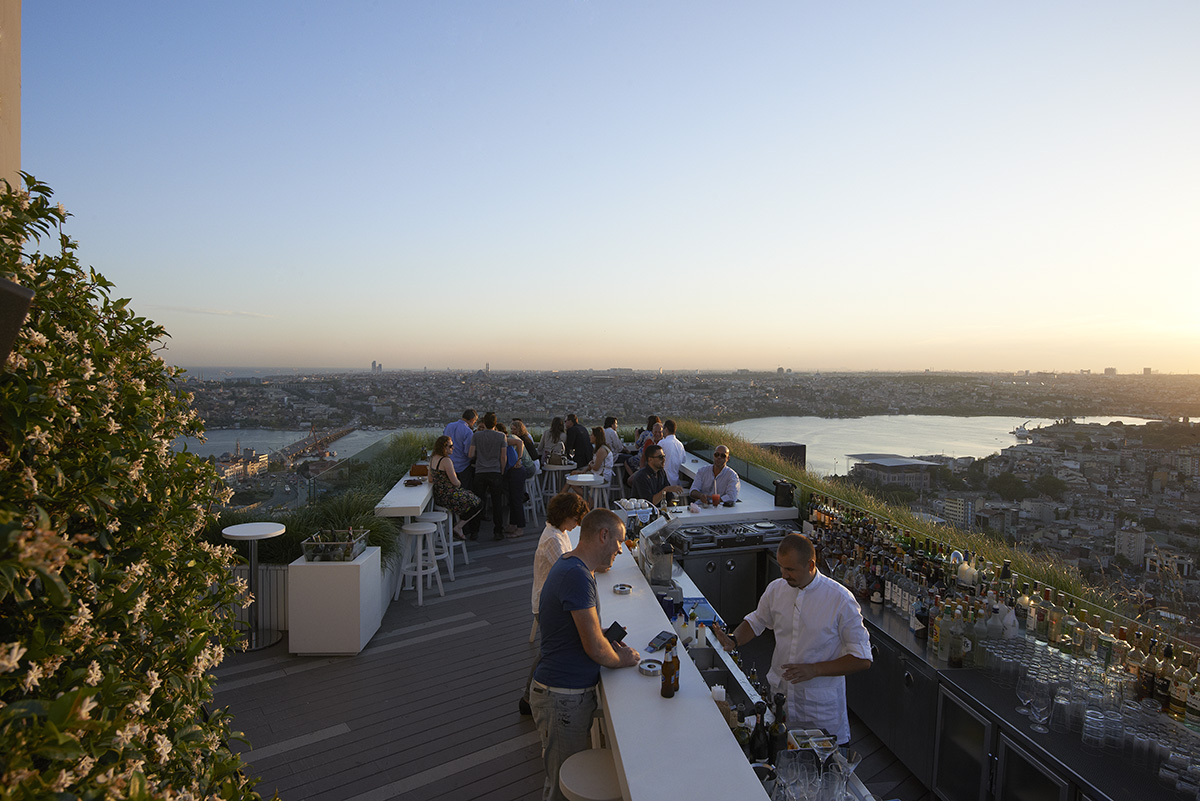 What to order when you are at Mikla?

At Mikla, you can choose a three-course prix fixe a la carte menu or a 7-course tasting menu (with an additional wine pairing if you like) for the complete experience. The restaurant prints its menus daily, depending on the fresh seasonal produce sourced from the local suppliers. The wine menu deserves a mention here with its good selection of local and international labels, including natural, orange and wild fermented wines as well.

Hint: Get there 30 minutes before the sunset and have a signature cocktail at the terrace and watch the sun go down over the Old City.

Get there 30 minutes before the sunset and have a cocktail at the terrace and watch the sun go down in Istanbul.
DISTRICT
Odakule
VISITING HOURS
18:00 – 23:30
Closed on Mondays
CUISINE
Contemporary Turkish
TEL: +90 212 293 56 56
PRICE RANGE
1050 TL
Official WEBSITE
Mikla Restaurant
Mikla Restaurant ON ISTANBUL MAP
Share this page
RECOMMENDED TOURS

Taste the city's signature delicacies in this culinary journey stretching from Europe to Asia. Tour highlights the most delicious moments of Istanbul.
$ 120 BOOK NOW
Away from the commotion of Beyoğlu’s beloved backstreets, with a stunning view atop the Marmara Pera Hotel, Mikla extracts the extraordinary from the ordinary through fine dining. https://istanbultourstudio.com/tours/mikla-restaurant