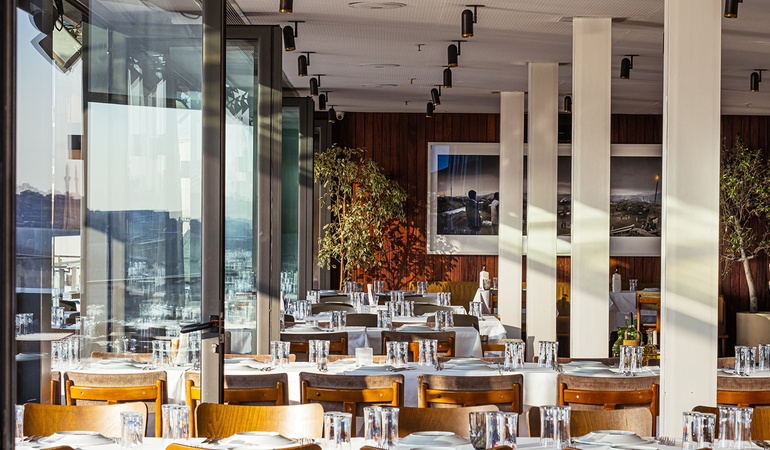 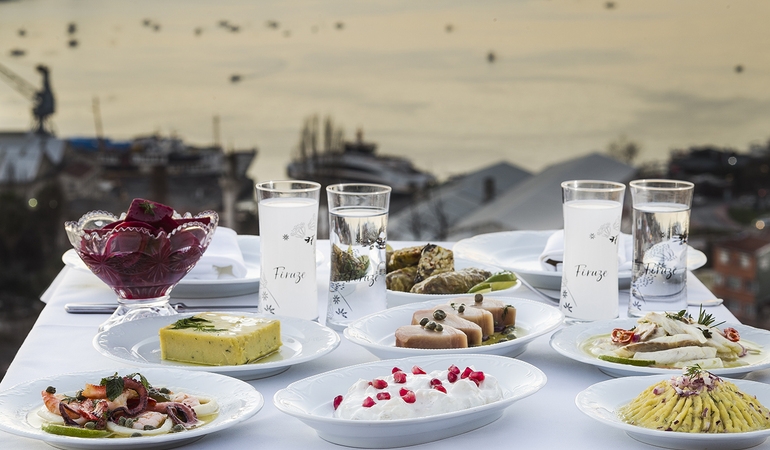 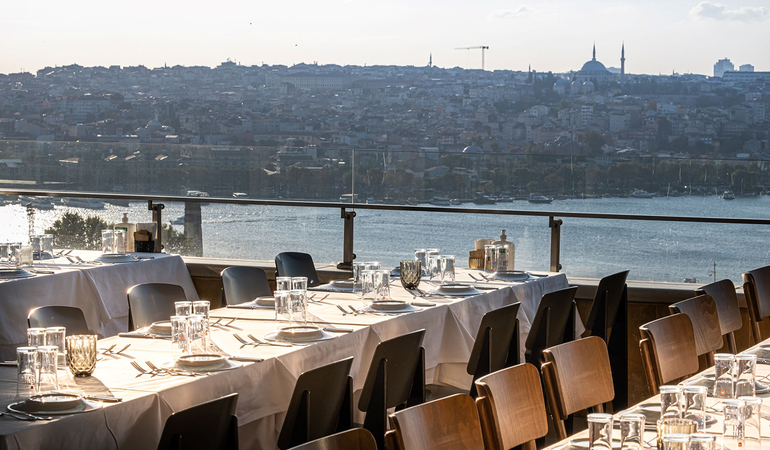 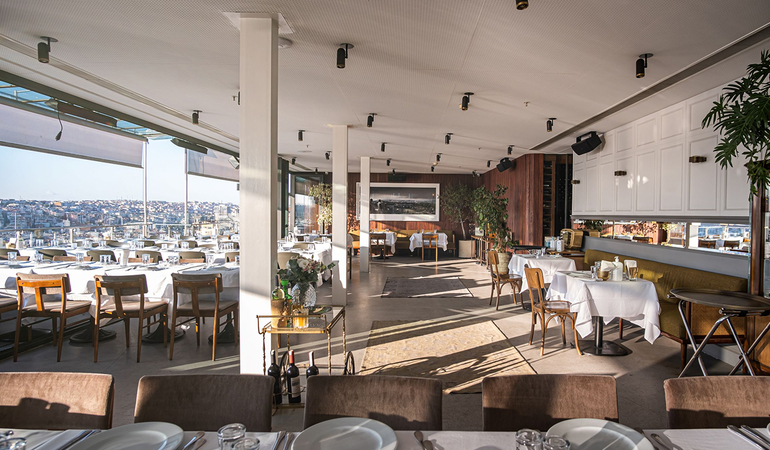 İstanbul’s best eateries have been -mostly- the ones offering a view to die for, and Firuze is no exception. Perched on top of an Art Nouveau townhouse from the 1920s, this elegant modern Turkish tavern (aka meyhane in Turkish) offers some of the best sunsets over the Golden Horn -the famous 7,5 km estuary dividing the Old City from the Pera district, which has traditionally been the stronghold of European merchants and non-Muslim communities in the city.

Although meyhane means “house of wine” in Persian, rakı has been the popular alcoholic beverage consumed in Turkish meyhanes, starting from the 1850s. A whole gastronomical culture has developed around this potent spirit resembling uzo of Greeks and arak of Syrians and Lebanese. Similar to its Greek version, rakı is also served with a large array of mezes (or cold appetizers) and is followed by the main dish, only if you would have enough space left in your stomach, after sampling so many delicious plates of meze.

Firuze offers a good selection of mezes you should try, including classics like hummus, fava, tzatziki, and topik as well as some modern fare like pickled sea bass with saffron, cardamom, currants and cloves. You could then continue your feast with warm starters like paçanga börek (fried phyllo pastry with cheese and pastrami), grilled calamari or octopus, as well as main dishes like grilled sea bass wrapped with grape leaves or meat and kebab varieties on skewers -all to be served on white cloth tables at an airy setting, accompanied with good music and vibes.

A temple of art and music in the city

As Firuze is located in the same building as Istanbul Foundation for Culture and Arts (İKSV), expect to mingle with an artsy crowd while you are there. İKSV is a non-profit cultural institution that has been active since 1973, as the organizer of Istanbul’s most prestigious music, film, theatre and jazz festivals. The Foundation’s performance venue Salon İKSV also hosts regular events at the entrance of the building and it would be wise to check their calendar to combine your rakı feast with a nice afterward concert.

Hint: The restaurant also has a rooftop bar - Monkey Istanbul - where you could enjoy a cocktail or two against the historic skyline of Istanbul.

Visit the most fascinating and spectacular sights of the old city in this specially curated tour. This is the ultimate experience for first time visitors.
$ 125 BOOK NOW
İstanbul’s best eateries have always been the ones offering a view to die for, and Firuze is no exception. Perched on top of an Art Nouveau townhouse from the 1920s, this elegant modern Turkish tavern (or meyhane) offers some of the best sunsets over the Golden Horn. https://istanbultourstudio.com/tours/firuze